The GOTO Copenhagen 2017 was in my opinion a great conference. Below are some of my key take-aways.

Even-though Jessica Kerr and Russ Miles did a very confusing presentation on the No slides - just Code track, I would like to try out Atomist's Slack integration tools to automate the tedious tasks in my day-to-day work and to enhance team co-operation. For instance, if you create JIRAs in the team's slack channel everybody can immediately see that you created the JIRA. Jessica Kerr reminded me about the Pragmatic Programmer and automating for acceleration. 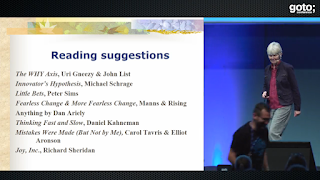 I must read "The Why Axis" book. Correlation is not the same as causation. Linda Rising again did a fantastic presentation and I got the book she offered in the end. Linda proposed us to do experiments or trials as a better word for it, since it will never be research-like experiments. Do little trials in your organisation and hope for them to fail because, at least you tried and maybe one of the trials changes your organisation a little bit - bit by bit :-) 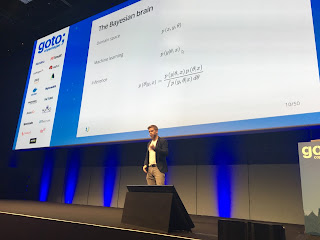 It might not be the best solution to use Neural Networks (pseudo-science). Instead you might be better of using probabilistic programming and Bayesian Networks (science). Michael Green taught us that you have to pose a hypothesis, do an experiment and then decide whether the hypothesis holds or not. It is very dangerous to do it the other way around: fitting you model (hypothesis) to the actual data (experiment). 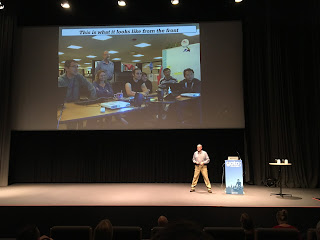 I must get my team to try Mob-programming (team-programming). It made so much sense when Woody Zuill explained why this is such a sane approach to software development. Isn't that immensely ineffective? You might ask. I'm not so sure. Think about how much work you have in progress at any given time. Think about how much knowledge is needed after af unit of work is done. Check this danish blog-post out or take a look at the talk in the GOTO Play App. 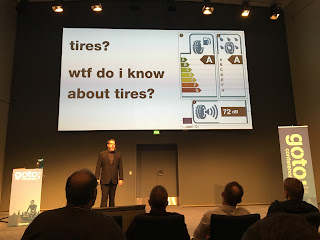 We need to aid the customer buying IoT equipment so he can see how secure a given product is. This is not easy since most products are secure until proven otherwise. But Leif Nixon's presentation "Internet of Targets" showed a lot of examples of bad IoT security. I especially liked (spoiler-alert) his presentation trick where he placed a scenario about a damn somewhere in the north, that if IoT enabled could flod a large beautiful country, but this damn is not "IoT enabled".... 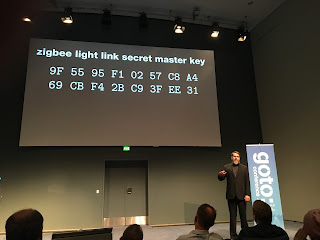